General description of the institution

General description of the institution

Kharkiv National University of Economics named after Semen Kuznets (KhNUE named after S. Kuznets) – the successor of the Kharkiv Engineering and Economic Institute – was founded on October 22, 1930, on the basis of the industrial faculty of the Kharkiv Institute of National Economy. Its discovery was caused by the rapid development of the machine-building, metallurgical, chemical, mining and other industries of Ukraine and the republics of the former USSR and the growing demand for economic personnel for industrial enterprises.
ХІИI trained engineers-economists for the heavy industry sectors of Ukraine: mining, metallurgy, basic chemical and coke-chemical, machine-building. Since the 1960’s also specialists for the design and maintenance of automated production management systems (ASUP). The developed heavy industry of the Kharkiv region and Donbass provided the institute with a base of industrial practice, research work, employment of graduates.
In 1948/1949 the studies of foreign students from the countries of Eastern Europe began, since 1959 – citizens of the People’s Republic of China; In the future geography of the reception covered more than 25 countries of the world. In 1948, a student scholarly society was organized.
In the 1950’s, a group of scientists at KIEI under the leadership of O. G. Lieberman carried out research on the production of 25 machine-building factories in Kharkiv and the Kharkiv region. In the course of the research, proposals were made that later became the basis of the economic reform of 1965 (the Kosygin-Lieberman reform).

At the end of the 1950s and 1980s, with HIEI, joint research departments with problematic research laboratories were created. The volume of applied research projects, which were performed at the request of enterprises, is growing. In the 1970’s, XII conducted joint research and maintained business contacts with more than 30 research and development institutes, as well as other universities, research organizations, departments, and scientific and industrial associations. Since 1988, the training of specialists for foreign economic activity has begun.

In 1994, the Institute received the IV level of state accreditation of higher education institutions and the Cabinet of Ministers of Ukraine of April 20, 1994 was transformed into a Kharkiv State University of Economics.
In 2004, according to the decision of the State Accreditation Commission (minutes No. 50 dated April 13, 2004), the university confirmed the IV accreditation level. By the Decree of the President of Ukraine dated August 21, 2004, No. 956/2004, the university was granted a national status.
In 2013, KhNUE was named after the winner of the 1971 Nobel Prize in Economics Semen Kuznets.
In 2014, according to the decision of the Accreditation Commission (protocol No. 110 dated July 8, 2014), the university confirmed the IV accreditation level (certificate RD-IV No. 2171877).
Since 2000, the university has introduced written encrypted exams and statistical monitoring of evaluation. Improved interaction with employers; The university conducts questionnaires surveys of enterprises and organizations on the quality of training of specialists.
For effective management of independent work of students, which is impossible without electronic teaching and learning complexes, computer control programs of knowledge, interactive forms of discussion of actual educational problems, in KhNEU them. S. Kuznetsa created and runs the site of personal training systems in the computer network of the University, which hosts 2,092 electronic courses.

A number of activities were aimed at stimulating the development of research activities. In the years 2000 – 2016 the personnel of the teachers was substantially updated; their motivation is increased, the infrastructure of research work is created. Support is provided for the establishment of scientific schools in the key research areas of the university. Scientists of KhNEU them. S. Kuznets are involved in research projects on the creation of perspective strategies for the development of the Kharkiv region, in the implementation of the state programs of the Cabinet of Ministers of Ukraine and the educational problems of education in modern conditions.
In the years 2000 – 2016 three new training buildings were put into operation, new and reconstructed active student dormitories were accepted into the balance. Informatization of training, implemented technologies of distance education is carried out. A modern publishing complex and a scientific library are created, repository works.

The teaching process is provided by a teaching staff of 650 people, including 49 doctors and 411 candidates of science. There are 7 faculties, 35 departments, the department of correspondence, distance and postgraduate education, post-graduate and doctoral studies, special councils for the defense of dissertations, research and training laboratories. Scientific journals “Economics of Development” and “Development Management” are published. Together with NDC of Industrial Development Problems of KhNEU them. S. Kuznets is a co-founder of the Business-Inform magazine. All magazines are professional editions on economics.
KhNEU them. S. Kuznetsa actively uses the opportunities and advantages of membership in international associations such as the Magna Charta Consorcium (2004), the Association of Economic Universities of Southeastern Europe and the Black Sea region (2008), the Association of European Universities (2009), the University Francophonie Agency (2009), the International the Institute of Administrative Sciences and the International Association of Schools and Institutions of Administration (2013), the Organization for Economic Cooperation and Development (OECD), and others.

The World Bank’s Innovation Knowledge Center and the Information Center of the European Union, the Center for University Achievement with the support of the Ufa Bureau of Eastern and Central Europe (Bucharest, Romania) have been opened on the basis of the scientific library.
The University is active in international activities on the basis of more than 80 signed cooperation agreements with higher education institutions and organizations in Europe and in the world. Partners of KhNEU them. S. Kuznets is the University of Lyon-2 them. University of Applied Sciences Technikum Wien (Vienna, Austria), University of Applied Sciences of Upper Austria (Steyr, Austria), University of Strasbourg (France), Swedish Technological University (m. Lulea, Sweden), the State Higher Technical and Economic School of the Institute of Economics and Management (Yaroslav, Poland), the Higher Management School (Legnica, Poland), the Gdańsk Foundation for Management (Gdansk, Poland), the Khaibei University of Economics and Trade (Shijiazhuang, China). 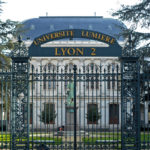 From 2016 – Polish-Ukrainian Masters Program in Business Administration (Graduate School of Labor Management, Katowice, Poland);
From 2016 – the Polish-Ukrainian bachelor’s program in the field of “Management” (Humanitas University, Sosnowiec, Poland).
KhNEU them. S. Kuznets is the base for conducting representative scientific and business forums of regional and national importance with international participation.
Within the framework of cooperation with the University of Cambridge in KhNEU them. S. Kuznets has passed the Business English Certificates (BEC) exam for business English since 2010. At present, 198 teachers and 260 students passed exams and received BEC certificates. KhNEU them. S. Kuznetsa received the status of an independent center for the preparation of candidates for the WIP Examination at Cambridge University.

KhNEU them. S. Kuznets is the base for conducting representative scientific and business forums of regional and national importance with international participation.
Today, 5 international centers successfully work at the University, namely:

Visitors to the centers receive all the necessary information and advisory services related to the policy and research of the relevant organizations, have free access to the materials, can use the electronic catalog, electronic publications and statistics on various branches and areas of activity. The information fund of the centers is regularly replenished.
In 2005, the university was awarded the Diploma of the Cabinet of Ministers of Ukraine, in 2007 – the Order of Friendship of the Socialist Republic of Vietnam.
The youth organization of the university traditionally occupies a leading position in the city and the country, actively cooperates with the Department of Family, Youth and Sports of the Kharkiv City Council, the Department of Education and Science of HODA, the Kharkiv Regional Student Council, the Ukrainian Student Self-Government Association, the All-Ukrainian Youth NGOs ” Student republic “and” Ukrainian Federation of Debate “, public organization” All-Ukrainian student fraternity “Elite of the Nation”, regional school of leadership MOST “, a local committee of AIESEC in Kharkiv Scholarship program of the Victor Pinchuk Foundation” Zavtra.UA. ”

In general, by 2015, the youth organization of the university participated in various student and youth events, organized and supported initiatives and projects of students. The university’s youth organization is constantly participating in seminars and forums with the support of the United Nations Population Fund within the framework of the Millennium Development Goals, students are constantly participating in the activities of the Oblast Gender Resource Center.
The Youth Center provides conditions for the development of artistic creativity of students. Sports in KhNEU them. S. Kuznets are conducted on a sectional system that promotes the development of student sport. In the region there are well-known national teams of KhNEU. S. Kuznetsov on mini-football, table tennis, volleyball.